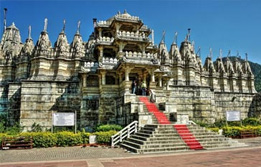 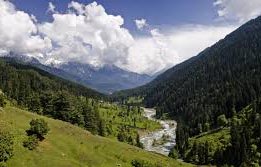 Old is gold and the grandeur of India is a treasured wealth cherished and carefully handed over from generations to generations. The Grandeur of India tour focuses on the same age old attractions of the country like Delhi, forts and palaces of Jaipur, Mughal majesty of Agra and spiritual city of Varanasi that are renowned worldwide.

Arrive Delhi and meet India Budget tour representative who will assist the transfers to the hotel for overnight. Rest of the evening is free to relax.

Begin discovery of Delhi in the old and most cherished way. This old walled Delhi was known as Shahjahanabad, the capital of Mughal Emperor Shah Jahan. This was ruled by the Red Fort, the most opulent palace of the Mughal Empire. The fort’s Lahore Gate faces the colourful marketplace of Chandni Chowk. Next on the list is the Raj Ghat, the simple square platform of black marble marking the place where Mahatma Gandhi was cremated. This is seen as a memorial to Mahatma Gandhi. After lunch, continue venturing into another iconic aspect of Delhi that’s just 100 years old. This was designed and built by King George V's architects as an Imperial City. This is one of the exclusive experiences of Delhi wherein you get to cross Delhi’s main avenue, the Rajpath leading towards the Presidential Palace and Parliament House before stopping to visit Qutab Minar and Emperor Humayun's Tomb. Overnight in Delhi.

Check out Delhi for following the route to Jaipur’s grandeur (252 km / 5 hrs.). This is palatial city dubbed in pink hues because of the old walls, palaces and forts and is indeed a visual treat. Following an afternoon arrival, the rest of the day is free to explore the old bazaars of the city. Overnight in Jaipur.

This morning's excursion takes us just north of Jaipur to the Amber Fort. This is a recently recognized world heritage site renowned for its hill top bejewelled fortress. Reaching the fort is another rich and traditional experience under this grand tour. This includes riding royally atop the caparisoned elephants. The high gateways welcome you in a grand way. The afternoon is spent touring the city of Jaipur, with visits to the Jantar Mantar observatory of Maharajah Jai Singh, built in 1727; the elaborate Palace of the Winds, and the art-filled City Palace. Overnight at hotel.

As you drive to Agra (232 km / 5 hr), you'll see an archetypal Indian village life featuring camels, elephants, women bearing earthen pots, etc. Enroute visit the perfectly preserved red sandstone settlement of Fatehpur Sikri. This fairy tale castle and its remaining buildings are still in pristine condition, making it easy to imagine what the court life must have been like in its heydays. Overnight at hotel in Agra.

After breakfast, visit the most recognizable structures in the world, the treasured Taj Mahal trip. The marble mausoleum built by Emperor Shah Jahan in memory of his beloved queen, took 20,000 craftsmen and over 18 years to complete. Visiting this grand tomb illustrates the reason this structure took so long to complete. We'll also visit the Agra Fort and drive through Agra's local markets. Late evening transfer to Railway Station to connect Train to Varanasi (Holy City) Overnight on board. (Taj Mahal remain closed on every Friday)

Morning arrive at Varanasi (also known as Benares), one of the oldest cities in the world and the center of the Hindu faith. This afternoon see that this area holds a special place for Buddhist devotees as well. Just south of Varanasi you will visit Sarnath, which is said to be the actual spot where Buddha delivered his first sermon. Visit Sarnath's excellent archaeological museum, which displays the capital of the Ashoka Pillar: a circle of back- to- back lions that has become the state symbol of the modern Indian Republic. In the evening you can take an optical visit back to the river where you can witness the magnificence of the evening prayers from a boat. Overnight at hotel.

Day 08 - Varanasi - board train to Delhi

Varanasi is the religious centre of the Hindu religion. Situated on the banks of the holy river Ganges, it is a unique city that some say vibrates with cosmic forces beyond comprehension. At dawn, you'll enjoy a boat ride on the Ganges River where you'll see thousands of devout Hindus descending to the holy waters of the Ganges for purification - a moving sight. Also visit Benaras Hindu University and various temples. Evening bord train for Delhi

Arrive Delhi in the morning. Later transfer to the international airport to connect flight for onward destination.
Tariff Details 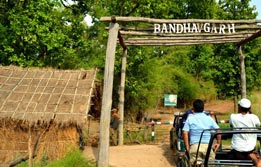 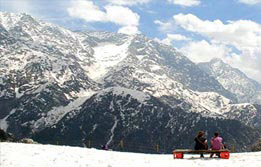 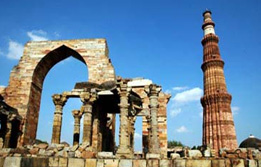